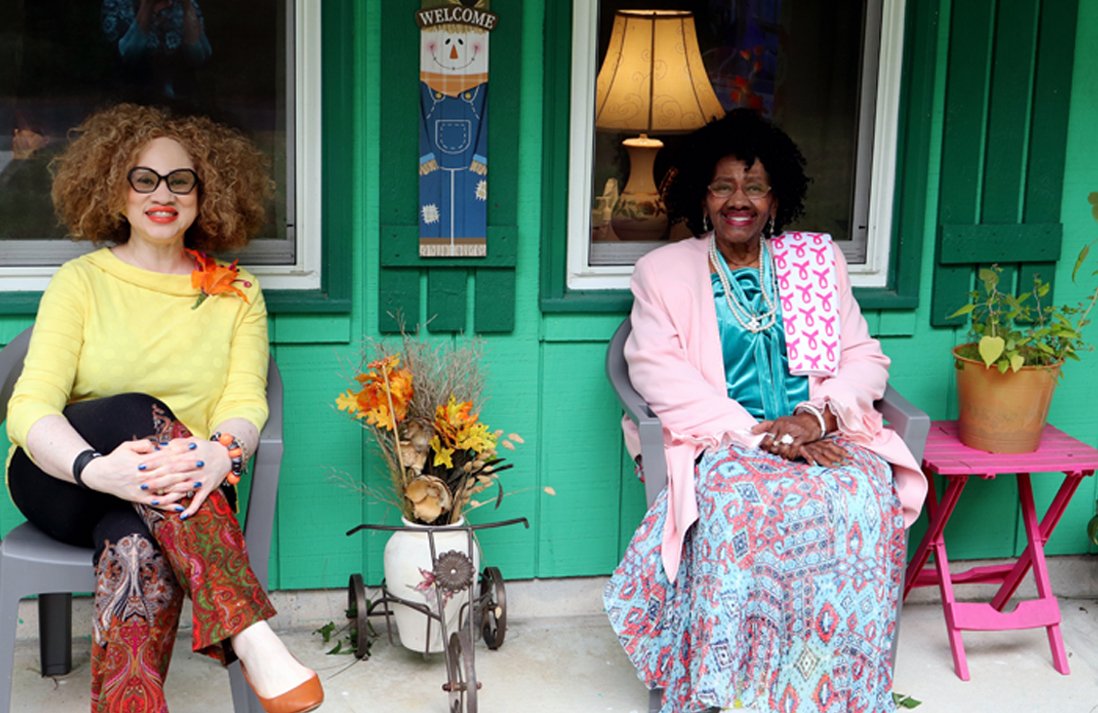 Manteo, NC — For 30 years, Coquetta Laverna C. Brooks lived in her house at the highest point of Roanoke Island. “I never dreamed we’d be impacted by flooding from Matthew,” she says. “But water was everywhere. It damaged our ceilings and reached knee-high from the floor.”

Neighbors helped Brooks, her mother and her son to safety and hosted them for three days. When they returned home, they discovered everything they owned had been ruined. “Rugs, appliances, photographs, family heirlooms—it was all starting to mold,” Brooks remembers. “It smelled horrible and bugs were all over.” She was devastated but determined to save her house. She borrowed money to hire a contractor, who repaired as much as he could on her budget.

With more work to be done, Brooks was researching available housing assistance when she saw a newspaper article about ReBuild NC. “I went to a ReBuild NC interest meeting at the local library,” she says. “From that moment through the entire application process, ReBuild NC made me feel like family. They helped me apply and called me often to follow up.”

An evaluation by a ReBuild NC inspector confirmed that Brooks’ home was eligible for repairs, and a contractor was assigned to the job. “He and his team were professional, respectful and kind,” she says. “They did what they said they were going to do.”

Soon after construction started, the COVID-19 pandemic began, but Brooks learned the work would progress. “The team followed all the rules,” she says. “They wore masks. They kept their distance. I felt safe the entire time.”

Brooks now has new windows, doors and ceilings, plus a new water heater, refrigerator, stove, clothes dryer and water pump. “A day doesn’t go by that I don’t feel blessed by how beautiful everything is," she says. "I am in awe of what ReBuild NC did. They came in, knocked it out and helped me get back to living.”

She adds, “When you think all hope is lost, ReBuild NC is a light at the end of the tunnel. It’s the light that’s still on.”

To find out if you’re eligible for the Homeowner Recovery Program like the Brooks family, apply for assistance today.