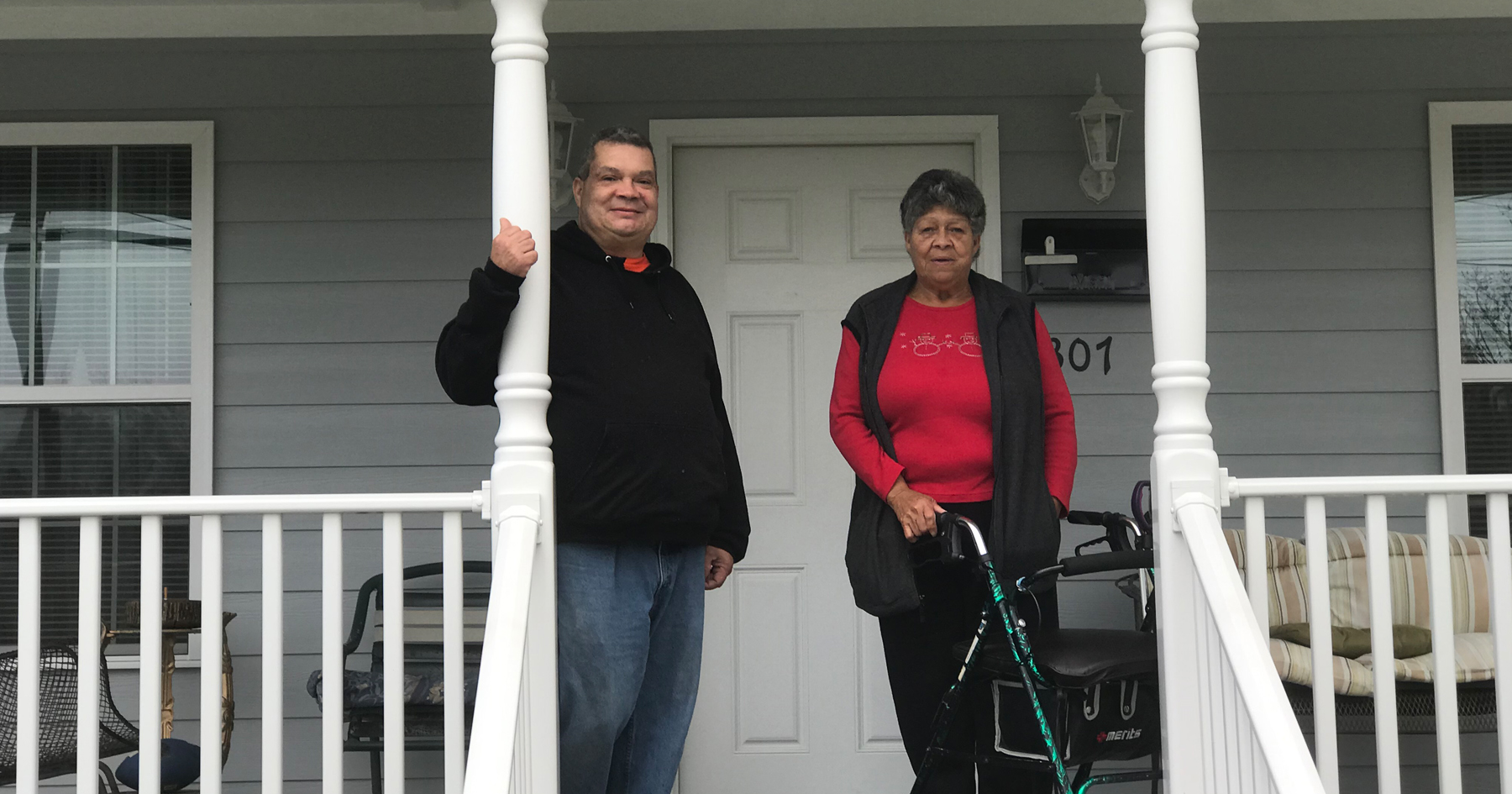 Fairmont, NC — While Hurricane Matthew passed over Minnie Hunt’s house, she hid in her hallway. “I was alone and scared to death,” she says. Hunt survived the storm safely, but her house suffered tremendously. Heavy winds had ripped a nearby tree’s limbs from its trunk, sending them crashing onto the top of her home. “My roof had caved in, and there was water inside my walls,” she said.

Fixing the damage required funds Hunt did not have. As the months went by, Hunt remained in her damaged home. “I didn’t have lights and I cooked on charcoal,” she said. “I had nowhere else to go.”

In town one day, Hunt saw a town commissioner passing out ReBuild NC flyers. She called the number provided and spoke with a ReBuild NC representative. “She explained everything to me,” Hunt says. “She took her time through the entire application process, especially with things I didn’t understand.”

Hunt learned her home needed reconstruction, which meant tearing down her old house and building a new one in the same location. ReBuild NC assigned a contractor to the job and covered Hunt’s costs for lodging elsewhere while the work was being done.

Hunt appreciated being a part of the building process and the choices offered to her, such as paint colors. “I didn’t even have to go to the house all the time,” she says. “I didn’t have money for gas to run back and forth, so sometimes the contractor would come to where I was staying to ask me what I wanted.”

Four months later, Hunt moved into her new home, which is stronger, safer and more resilient than her old one. “They told me that it would take a lot more to blow this house down,” she says with a smile.

To find out if you’re eligible for the Homeowner Recovery Program like Minnie Hunt, apply for assistance today.