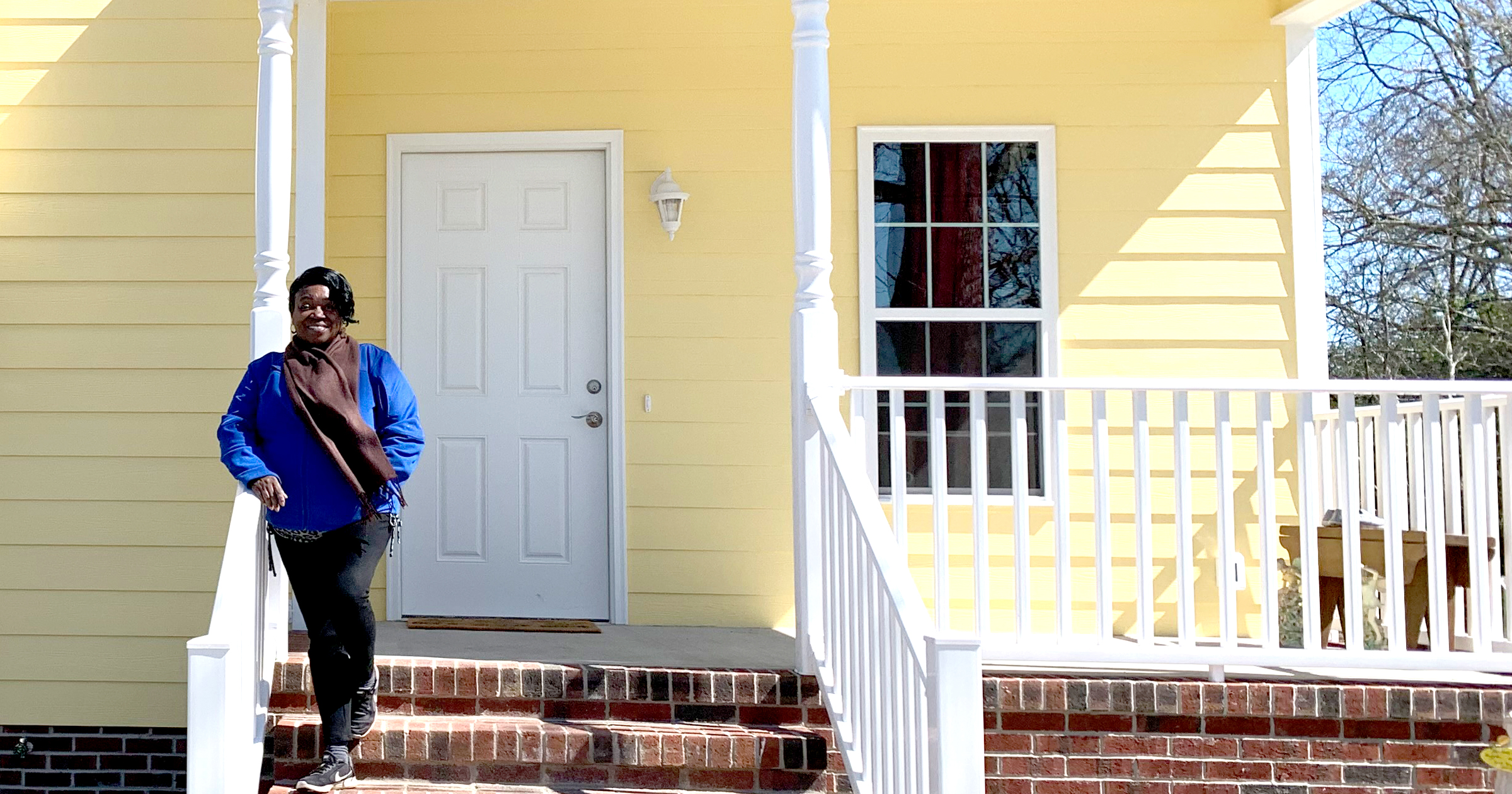 Fairmont, NC —After living in her home for 20 years, Maggie Shipman had grown used to the sound of rain on the metal roof — until Hurricane Matthew. “The noise from the storm was terrifying,” Shipman said. “All I could do was pray.” Her fears were validated the next morning when she assessed the damage.

Heavy winds had flung tree limbs into Shipman’s house, destroying her windows. Holes in the roof allowed water to run inside, ruining her walls. “Water under the house caused the kitchen and bathroom sinks to back up,” she says.

Shipman’s house needed major repairs. “A friend told me about ReBuild NC, so I decided to ask them for help,” she recalls. As soon as she set foot in the ReBuild NC Center, Shipman felt as if a weight had been lifted. “Everyone was awesome,” she says. “They told me how to apply and things just started happening, step-by-step.”

ReBuild NC determined that Shipman’s house was so badly damaged that she was approved for reconstruction. “When they told me that I was getting a new house, I felt like a million bucks,” she says.

In December 2019, the contractor assigned to her project by ReBuild NC demolished her old place. Two months later, she moved into a new one. “Everybody who drives by asks about the beautiful yellow house on the corner,” she says. “My amazing contractor did that for me. He set me up with bushes, too!”

Shipman appreciates that her new home makes her feel safe and protected. “And I have ReBuild NC to thank,” she says.

To find out if you’re eligible for the Homeowner Recovery Program like Maggie Shipman, apply for assistance today.