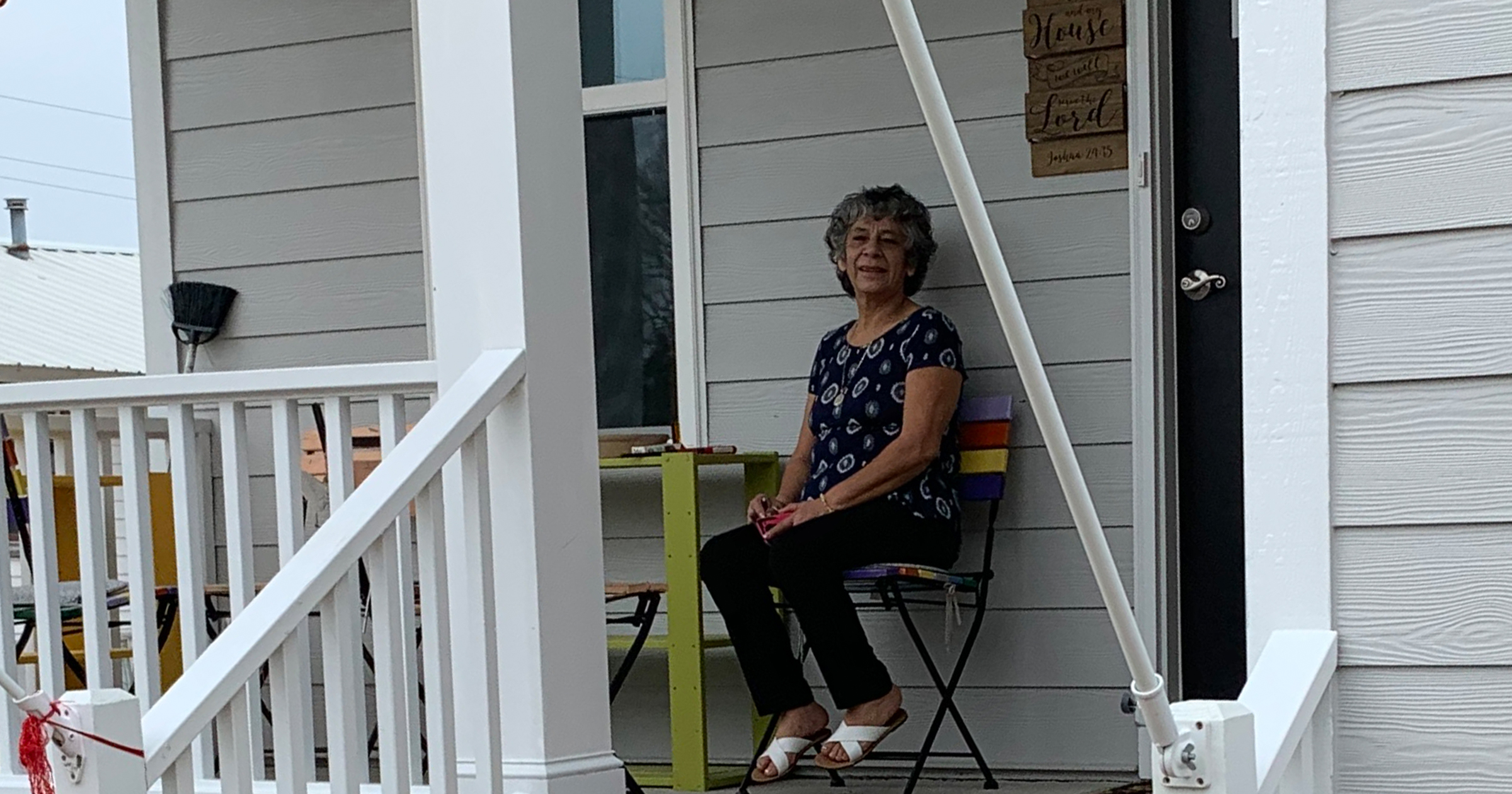 Saint Pauls, NC — Soon after Hurricane Matthew passed over Saint Pauls, MaDolores Robles-Galvan tried to walk out her front door — but couldn’t. “The winds had shifted the entire house,” she says. “The doors were jammed. My granddaughters and I were trapped inside for hours.”

She later discovered that the wind had blown shingles off the roof, which allowed water to leak in, ruining some of the walls and floors. “I bought materials to fix them,” she says. “And a friend of mine did the work for free.” Over time, however, the floor began to buckle, indicating that the problem had not been solved. Robles-Galvan was at a yard sale when the homeowner having the sale mentioned ReBuild NC. “I went straight from the yard sale to the ReBuild NC office, so I could complete my application and get help to fix my home,” she says.

A ReBuild NC inspection revealed black mold under most of Robles-Galvan’s carpets. “They said that the house needed to be demolished,” she says. “I was shocked. Then they said, ‘We’re going to build you a brand-new house.’ That’s when I started crying with joy.”

While the work was being done, Robles-Galvan lived with friends but visited the construction site every few days to see the progress. In December 2019, she moved into her new home. “I have three bedrooms, and I use one of them for my sewing machine and jewelry-making materials,” she says. “It’s my hobby room.”

But Robles-Galvan’s experience with ReBuild NC gave her more than a solid new home. “You get a lot of feelings when ReBuild NC is building you a house from the bottom up,” she says. “Happy feelings. Especially because everyone is so nice. Everybody has been wonderful to me.”

To find out if you’re eligible for the Homeowner Recovery Program like MaDolores Robles-Galvan, apply for assistance today.