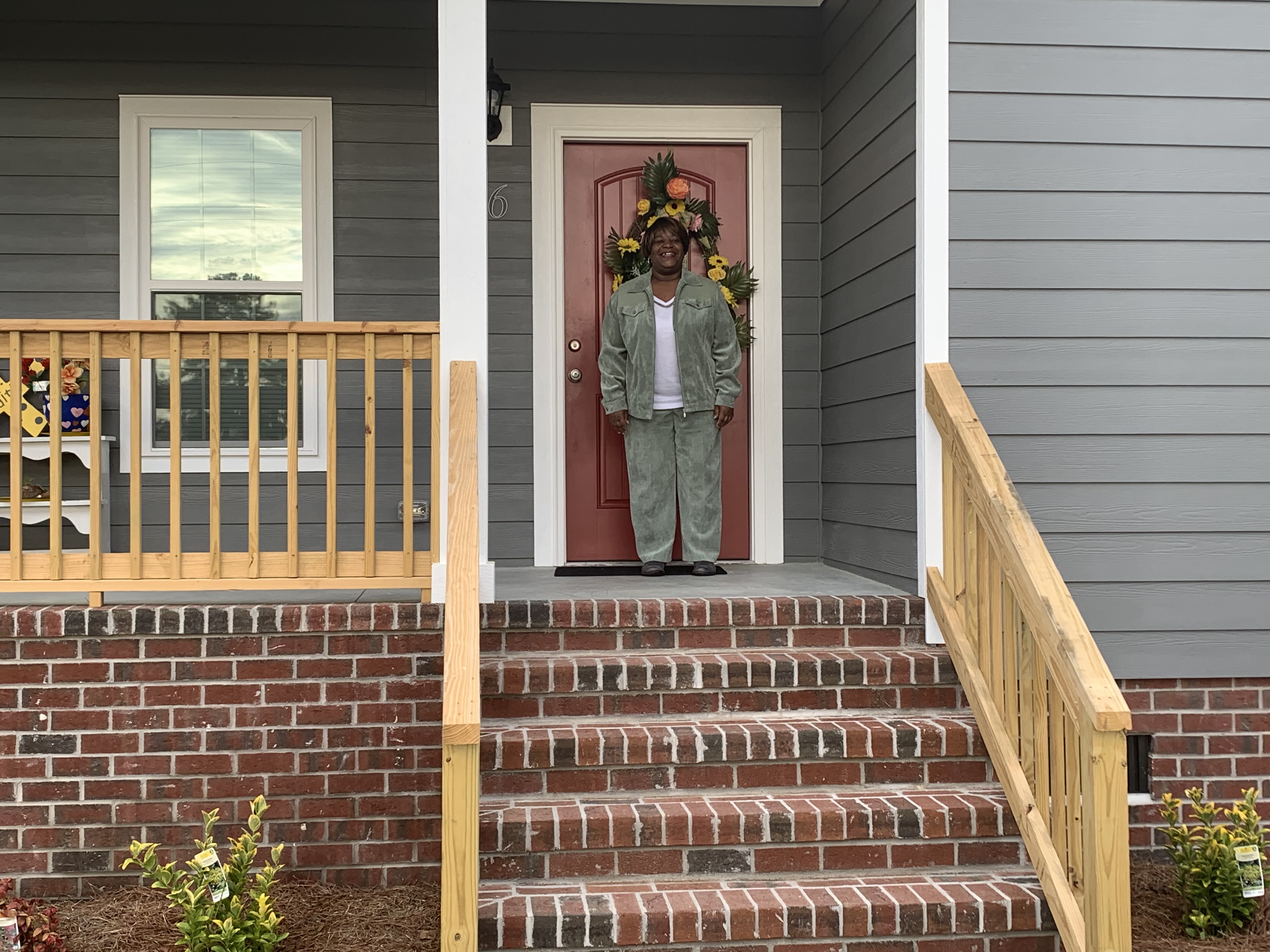 Lumberton, NC – To Karine Harris, the pounding rain from Hurricane Matthew felt like an explosion on her house. “It hit the roof, broke off shingles and then came in fast,” she says. “I used a laundry basket to catch the water. It got so heavy, but I was alone — I had to find the strength to keep emptying it.”

The next day, Harris assessed the damage. Unable to afford repairs, she assumed that she would have to live with a leaking roof and water-damaged walls, windows and floors. That is, until a friend asked her for a ride to a ReBuild NC Center. “I had never heard of ReBuild NC before,” she says. “When we got there, they asked me if I wanted to fill out an application, too. I said ‘yes’!”

After her application was accepted, ReBuild NC sent an inspector to Harris’ home. “He was surprised to learn that I was still living there,” she recalls. “He said, ‘There’s a hole in your ceiling — you can see the sky from inside your den.’” He also discovered asbestos in her walls. “I had no idea it was there,” she says.

ReBuild NC determined that Harris’ house was too damaged to repair, and she was approved for reconstruction. “I was so excited, I cried,” she says. ReBuild NC assigned a contractor to her project. “He told me that I didn’t have to worry about anything, and he was right,” she says. “The whole process was really smooth.”

It took only three months for the crew to demolish Harris’ old home and build a new one. “I love all of it,” she says. “The kitchen, the fridge, the cabinets — I have so many cabinets! I feel settled. ReBuild NC really did their job.”

To find out if you’re eligible for the Homeowner Recovery Program like Karine Harris, apply for assistance today.