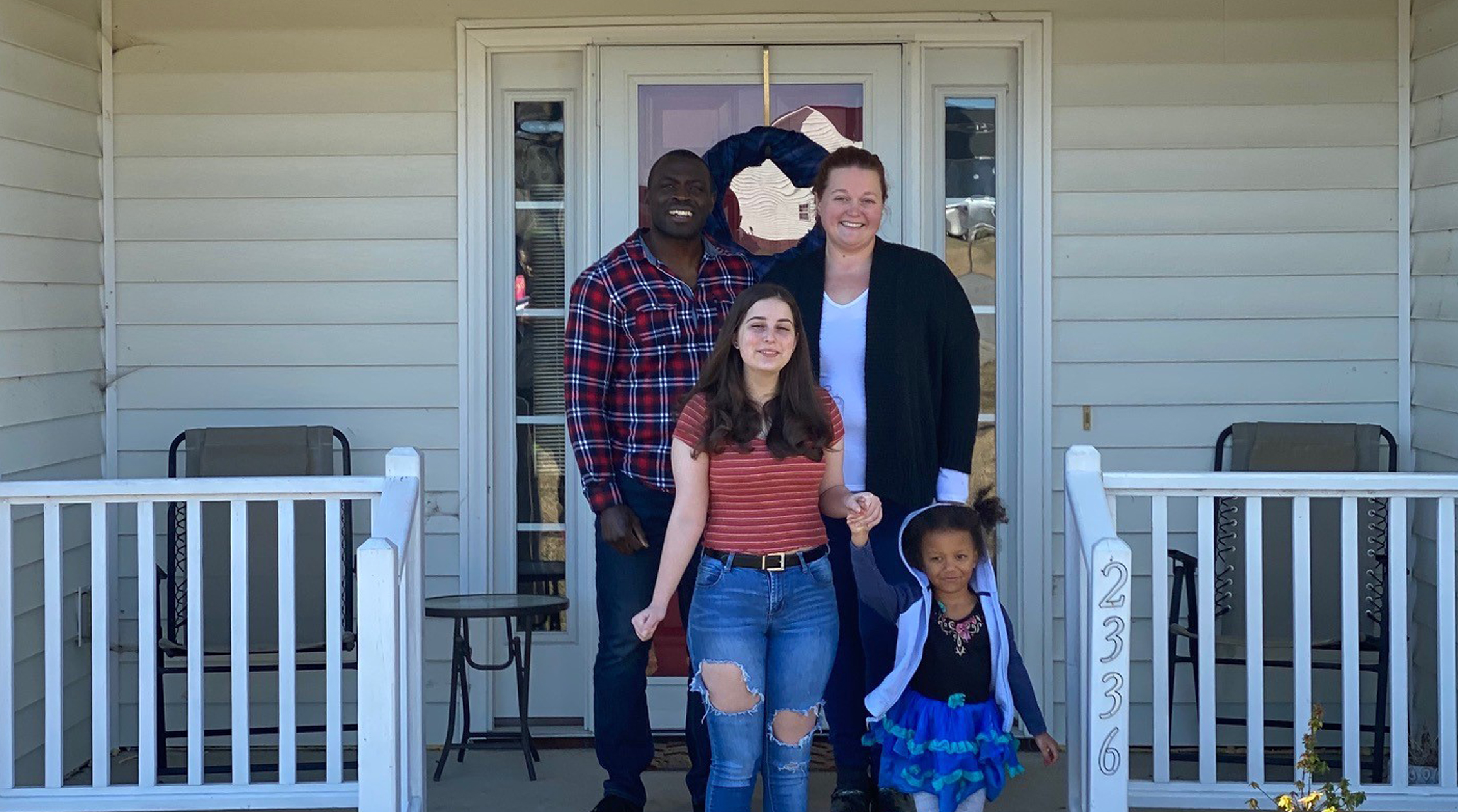 Greenville, NC — Aziengbe Idehenre’s number one priority has always been his family. After the hurricane passed over his house, he was grateful that his wife and children were safe. He was then able to focus on a new priority: dealing with the damage that the storm left behind.

“The high winds blew shingles off the roof,” Idehenre says. “Water kept leaking in, ruining the ceiling. Black mold started growing.” Then his wife showed him an ad for ReBuild NC that she saw on social media. “The program sounded interesting,” Idehenre says. “So I called.” One call introduced him to the ReBuild NC team. “I got great help from professional people who made sure everything was OK throughout the entire application process,” he says. “They kept me up to date. If I needed anything, I contacted them directly.”

ReBuild NC assigned a contractor to Idehenre’s project. By that time, he had already fixed the roof, ceiling and mold issues. But there were still items that needed to be addressed. “They replaced the carpet in my room and my kids’ rooms, installed new flooring in the pantry and fixed the wooden porch,” he says. ReBuild NC also covered the cost to safely store his family’s personal belongings while the work was being done.

Idehenre remains impressed with the contractor and his team. “They were great guys who made me feel confident about the work they were doing and left my home in good condition.” He adds, “And they were quick! It took them less than a week to finish.”

According to ldehenre, when it comes to priorities, ReBuild NC gets it right. “The ReBuild NC team goes out of its way to make sure that you are in a safe, comfortable house,” he says. “They will drop everything to ensure that you’re satisfied with the work.”

To find out if you’re eligible for the Homeowner Recovery Program like the Idehenre family, apply for assistance today.

How can we make this page better for you?