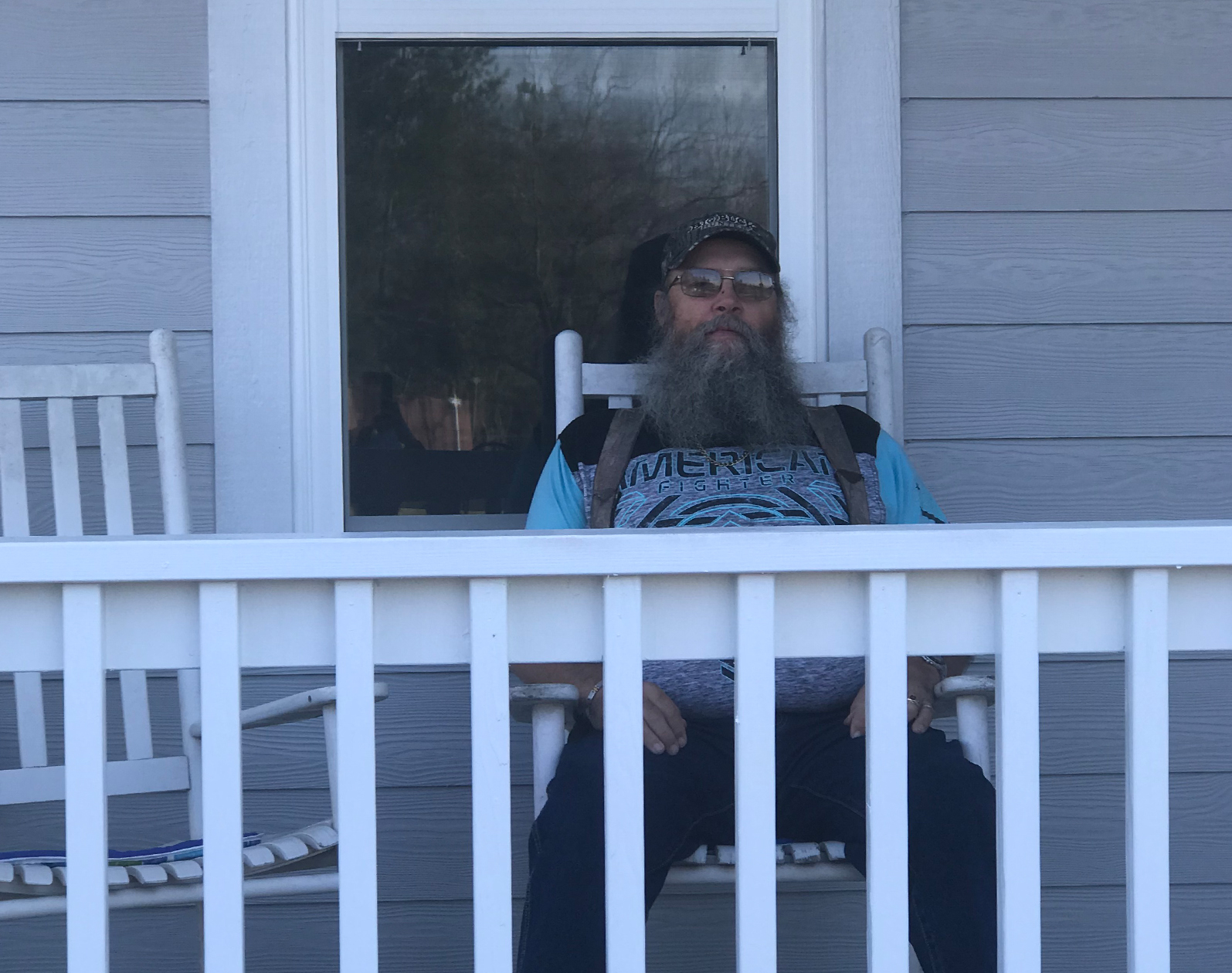 Lumberton, NC — Allen Wayne Britt took pride in caring for his home for 36 years, but when Hurricane Matthew hit, he could only watch as a tree crashed through the back of the house, caving in the bathroom, utility closet and part of the kitchen.

Following the storm, Britt was able to remove the tree on his own, but he didn’t know where to turn when it came to making the major repairs needed to salvage the structure. He was reluctant to reach out for assistance even when friends referred him to ReBuild NC.

“No one has ever helped us with anything at all,” he says. “I just didn’t think it was going to happen.”

But Britt contacted ReBuild NC and says he was impressed with the level of service he received from the start. “The rep helped me understand the process, and they even offered to pay for me to stay at a motel during reconstruction.”

Britt signed final paperwork with ReBuild NC in September 2019, and he says crews started on his new home in early October. He opted to stay at his daughter’s house nearby, so he could closely monitor the build process. “I was excited,” Britt says. “I would be over there every day. I just liked to watch and see how it was going — and it was so good.”

According to Britt, the crew demolished his old house, leveled the land and framed and completed the rebuild in just four months. He moved into his new home in January 2020.

“It felt great to move back in,” says Britt, who says he appreciates how ReBuild NC made it all possible. “They really came through, and I just love everything about it.”

To find out if you’re eligible for the Homeowner Recovery Program like Allen Britt, apply for assistance today.